Most great science-fiction writers also do very well at creative writing. You see, with science-fiction authors, they not only make up characters but they also go ahead to come up with different worlds and creatures, thus creating their universe. It is not a wonder that people get lost in these books which are a break from most of the book genres in the market.
However, writing sci-fi is not an easy task, and it is hard to come up with a book which many people appreciate. Many authors have failed in this sector, and it is thus necessary to recognize those who made names for themselves in this field.

Isaac Asimov
Isaac taught biochemistry at Boston University for a long time, and during that period, he worked on some science books which became quite popular over time. After a while, he ventured into writing sci-fi novels, and he soon became a force to reckon with in the American literary circles. He was an avid writer with hundreds of books to his name as well as thousands of letters.
Many of his readers view him as being one of the best hard sci-fi authors who ever lived. Some of his most well-known books include the Foundation Series and the Galactic Empire series which took over the literary world by a storm.

Philip K. Dick
Philip worked on a lot of projects in his lifetime, and they ranged from novels to short stories all the way to essays. His work had a focus on sci-fi, and his readers benefited from his exploitations of metaphysics, philosophy, politics, and sociology. As time went by, Dick took a keener interest in theology and metaphysics, favoring these disciplines over his earlier exploited themes, thus bringing an edge to his works.
Dick’s work appealed to his readers as a result of its personal touch. When writing, he would draw upon his experiences with substance abuse and psychological problems such as paranoia and this made him relatable. He later worked on non-fiction books which touched on philosophy.

Arthur C. Clarke
Arthur wore many hats during his career ranging from television series host to undersea explorer all the way to British sci-fi writer. Many people recognize him as one of the creative minds behind the movie A Space Odyssey in which he directed a lot of efforts. As a part-time inventor, Arthur had a lot of scientific knowledge. He used it in his literary works, thus earning him quite some Nebula and Hugo awards. Over time, he amassed a large following of readers, and he got to be among the Top 3 writers in sci-fi literary circles. 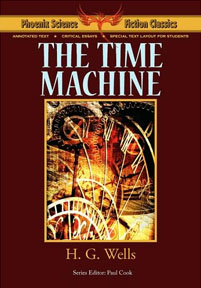 Herbert was an English writer who excelled in writing books in many genres. He has books touching on history, politics and social history. Also in his collection are rules on war games. However, people remember him as the father of sci-fi, thanks to his amazing pieces on the same. Some of his best works include but are not limited to The Invisible Man and The Time Machine. These books were so well written that not many writers have been able to match his skills in this field.

Ray Bradbury
This American author had an interest in mystery, horror, sci-fi and fantasy literary works and he excelled in these fields. He also worked on television scripts as well as screenplays and some of his works went on to be movies, comic books, and TV shows. Some of his best books in sci-fi were The Illustrated Man and The Martian Chronicles.

Frank Herbert
Frank is best known for his novel Dune as well as its subsequent sequels which were deep-set in sci-fi. Other than working on science fiction literary works, Frank also worked as a lecturer, journalist, ecological consultant, and photographer. It is clear that he was a man who wore many hats and performed the tasks at hand with vibrancy, thus leading to the growth of his name in the literary works.
The Dune Saga delved into the future and issues such as the survival of humankind as well as power struggles. It made people think outside the box, thus bringing them out of their comfort zones. As such, it was an instant hit.

Other famous sci-fi writers include but are not limited to Robert Heinlein, Jules Verne, Ursula Guin and George Orwell. These writers brought sci-fi closer home and had people on the edges of their seats, and thus they require recognition for their amazing capabilities.