Great poets have a way with words such that they can easily connect to their readers regarding various issues. Over the years, many poets have come up and used their talents to convey messages of hope, love and other significant enigmas in our society. For one to be a great poet, they must have the ability to transport their readers to unimaginable realms to evoke feelings. Many poets have risen to fame following their literary works. Thus, begs the question, who are the greatest poets of all time?

Shakespeare is one of the names that come to mind when people talk of the best poets that ever graced this earth. A man with many hats to his name, Shakespeare was not only a poet, but he also worked as an actor and a playwright. During his career, he came up with thirty-eight plays, two long narratives, some verses and one hundred and fifty-four sonnets. So great were his works that even after death, people look to them for inspiration. In fact, his plays are available in every dominant language are still the most performed of any playwright.

Homer
Many know Homerus by Homer, and he is responsible for the literary works Odyssey and Iliad. The ancient Greeks revered him, believing him to be one of the best poets of their time. His effect got felt in the Western Canon where his work featured as the first literary work in Europe. A lot of controversy surrounds Homer as some people are unsure of whether he lived while others cannot tell when he came to be. Studies in his work show that he probably lived around 850 BC. However, people are yet to come about concrete evidence on the same. All in all, his work lives on, telling the tales of an exceedingly talented poet whose words brought out deeply dredged emotions amongst his readers. 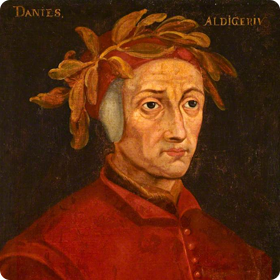 Dante degli Alighieri, known as Dante to his readers, was one of the best Italian poets during the middle ages. Some people look to him as the father of the Italian dialect, given his Divine Comedy literary works. His comedy was seen to be a masterpiece all over the world, and his fame spread like wildfire over time. You’ve probably heard of his quotes which remain popular to-date.

Edgar Allan Poe (1809-1849)
Edgar had a significant role in the American Romantic Movement where a lot of his works featured. Having started writing short stories from an early age, he led to the invention and appreciation of literary works in the detective genre. He also worked with other writers in the development and popularization of science fiction. People remember this outstanding man as the only writer at the time who dared to make it through life through a career in solely writing. Though this decision caused him many a problem in his financial well-being, it paved the way for other writers to take the hard route and is thus the platform on which modern writers stand. 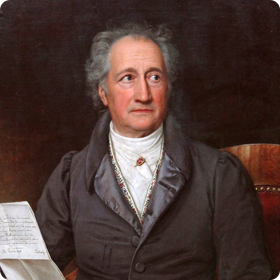 Johann operated as both a statesman and a German writer in his day. He had a focus on lyrical poetry as well as epic works. In addition to these, Johann worked on memoirs, autobiographies, letters, drawings, and novels. By the time he was 25, his name had gained a lot of recognition, thus leading to his ennobling by the Duke of Saxe-Weimar.

William Blake (1757-1827)
William is a writer who pursued his career without getting much recognition for it during his lifetime. He also worked on paintings and printmaking. Upon his death, people took a closer look at his work and realized how talented this poet was. As such, many view him as an integral part of the evolution of poetry as well as the visual arts of the Romantic Age. 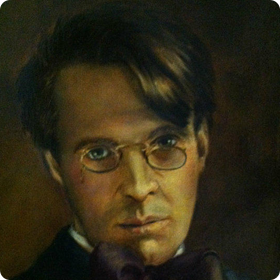 As an Irish poet in the twentieth century, William played a significant role in the establishment of both British and Irish literary works. His work was so inspiring that he received a Nobel Prize in Literature. Alongside Lady Gregory Edward among other people, he led to the foundation of the Abbey Theatre. William later went into politics and served as an Irish senator for two terms.

Other famous poets include Walt Whitman, Emily Dickinson, Henrik Ibsen, Ana Kalandadze and Robert Frost among others. These poets are the foundation on which other poets thrive to this day. As such, their recognition is necessary as there is no progress in life without appreciating and learning from our pasts. Not only do poets sensitize us on societal issues but they also help us to enjoy every good thing that comes our way. Have poetic days ahead, will you!