As a sports lover, you have many books which you can pore through ranging from scandalous stories all the way to tips on sports games. Reading sports books can be just as fun as watching live sports games, and it can even be more fun because, with books, there is no limit to your imagination. Whether you are reading for pleasure or are looking to learn something new, these sports books will have you on your seat’s edge as you flip the pages, getting immersed in the world of sports. 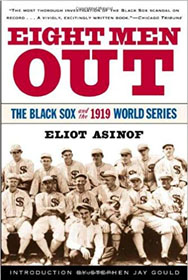 Written by Eliot Asinof
Stephen Jay Gould gives the introduction to this fantastic story which to-date still lingers in people’s minds. The 1919 Black Sox Scandal is an event that will remain one of the most talked about affairs in the sports world and thanks to Eliot, one that will not get forgotten any time soon.
Eliot goes into the events leading to the scandal and focuses on the greed of the players as well as the association of the mafia to the scandal. He has it all covered from the meetings that took place, the throwing of the Series and many other events which had people shaking their heads in wonder. The Grand Jury Indictment, as well as the 1921 trial, is also featured and Eliot takes readers through the events, clearly outlining the reasons behind each move.
In the end, the message in the book boils down to greed and stupidity, diseases that continue affecting humanity to-date.

Written by Mark Fainary-Wada and Steve Fainaru
Investigative sports books are not easy to write, and it takes a seasoned writer with an eye for detail to excel in coming up with such a book. Mark and Steve are a testament to this belief, and they managed to write one of the most exciting sports books ever written in the 21st Century. They, however, faced a lot of backlash from people heavily invested in sports such as the NFL. Some critics argued that if people started viewing football in a bad light, then it would be the beginning of the end to an era and would have devastating effects.
However, this did not stop the writers, and they went ahead to expose the evils in football. By looking into fans, owners of the leagues, the players as well as the executives in the industry, the message was clear: Football Can Destroy Lives. This message was a threat to the leagues, and many people were quick to attack the writers’ work. However, many people’s eyes opened in the process. It does not mean that the sport will come to an end, but the book did a lot to sensitize people on what happens once the cameras are no longer present. It’s definitely worth some thoughts. 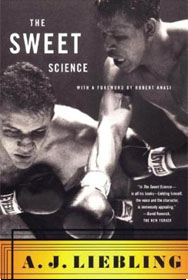 Written by A.J. Liebling
This book is an excellent read whether or not you are into boxing. Given that Liebling was not a sports reporter, he conducted his interviews from a sociological point which enables one to see more than just the players. His book takes you back to the 1950s where boxing was very popular, and it delves into what fans thought of the game. Reading it now and comparing the boxing culture today to what it was back then, the difference is clear. By the end of it, you will learn much more about boxing than you would through watching a game. 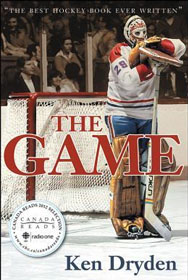 Written by Ken Dryden
Ken Dryden played for the Montreal Canadiens for a long time, and many fans revered him as one of the greatest goaltenders of his time. He takes readers through his time with the team during the 1978-79 season, and you get to see the game through his point of view. Ken talks of the hardships that come with being a goaltender and how the team worked together to bag the cup. His book also mentions icons and is a great read when you want to get immersed in the sport of hockey.

The sports world is fascinating and it features a lot of twists and turns. These writers take readers deep into the sports realm such that by the time you get to the other end; you will feel a positive change in the way you look at sports. And it’s not just about the game; you will also change your approach to life. Happy reading!